A Resource Center to Help People Heal One Another Through Connecting 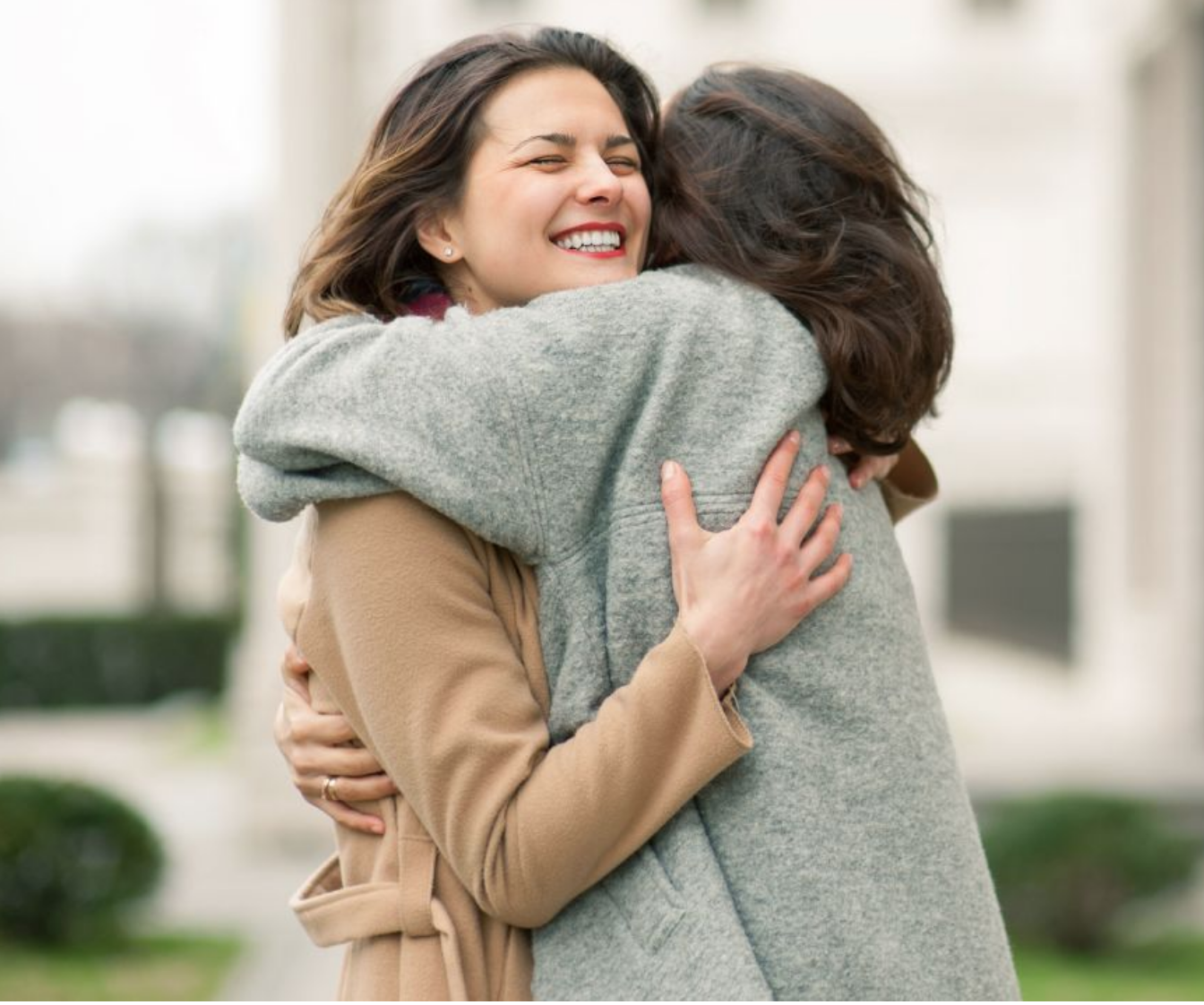 Leeboy’s hugs were like none other. He hugged everyone, not just people he knew—even strangers. And he hugged in a way that felt uncomfortable at first, but then left you wanting it to last longer. It was a hug that said, “You are valuable, I see you, and I actually care about you.”

Hugging the way Lee hugged brought healing. It was the perfect bookend to a soul-to-soul connection, one that you would not forget because you probably had not been hugged so genuinely before. It went beyond the caring that the human touch can bring. It penetrated down to the core of your emotions … a kind of euphoria … because it was proof that you were seen and you mattered to someone.

I remember when I noticed the Leeboy hugs. It was right after returning from a month of rehab at the Rosomoff Pain Clinic in Miami. Lee, age 18,  entered the clinic in a wheelchair, unable to walk and in immense pain. A month later, we saw him dance out to the car. It was truly a life-changing experience on many levels.

Soon after that healing, Lee began to see life (and people) differently. When he returned home, he began greeting everyone with a long hug as if it were the last time he would ever see them. We thought he was just showing his friends how much he appreciated their friendship, but he was hugging people he met for the first time like that.

I wanted to hear all about his life-changing experience at the clinic, so Susan and I took him and his brother Drew on a business trip where I was teaching a class. On the second morning, we were having breakfast at the hotel when the discussion about Lee “hugging everyone” came up. In no uncertain terms, Drew said that not everyone was comfortable with it. He said it was rude to assume that all people needed or wanted a hug. Drew was not a hugger and didn’t like it when people invaded his personal space. Lee defended himself by saying that he really appreciated people and that everyone needed to know that someone cared. Lee went on to say that people needed to be loved, and he wanted to love them the way God loved him.

Drew reiterated his point and was still against Lee imposing hugs on others. Then God did one of those things He does best by setting up an opportunity to make His point. As we were sitting there having this discussion, a couple of middle-aged men who had been in my class the day before came up to the table to greet me. I stood and introduced them to my family. Naturally, Lee stood up and hugged each of them … with a Leeboy hug. The men seemed a little uncomfortable with the whole hugging thing, but they were gracious nonetheless. After they left, Drew said, “See, you did it again, and they didn’t like it. Stop . . . hugging . . . everyone!”

After we finished breakfast, I walked by the table where the two men were sitting, so I stopped to say goodbye. One of them stood up, shook my hand with both of his, looked me in the eye, and said, “It was very nice to meet your family, and please tell your son thank you for the hug. I haven’t been hugged like that in a long time.” As I saw the tears form in this man’s eyes, I recognized that this was not an accident—it was God using this moment to confirm how adversity had shaped Lee and confirm the effect of his signature Leeboy hug.

I realize that not everyone is a hugger and I’m not suggesting that everyone becomes one. It was a signature way of Lee showing value, and that he cared. It was his love language. Perhaps we should all find out what love language we’re comfortable with and be willing to share it with others.

I’m reminded of Linda, a friend of our daughter Lindsay, who began bringing over flowers to us soon after Lee’s passing. Seven months later she still brings flowers at least once a month to remind us that she cares about our loss, and about us. We are incredibly blessed and affirmed by her gift of giving flowers. She makes the arrangements herself. She has discovered a way to connect with us in a meaningful way that is healing.

What is your gift to others?

A Resource Center to Help People Heal One Another Through Connecting